SEOUL, South Korea (AP) – South Korea’s human rights commission plans to interview possibly thousands of adult and child athletes about a culture of abuse in sports after a wave of female athletes came forward to say they had been raped or assaulted by their coaches.

The yearlong investigation will cover 50 sports and include children competing for elementary, middle and high schools, Park Hong-geun, an official from the National Human Rights Commission, said Wednesday.

He said the commission aims to interview all minor and adult athletes competing for scholastic and corporate league teams in speedskating and judo, which have been marred with sexual abuse allegations. The investigation, pushed by dozens of government officials and civilian experts, could start as early as next week and could extend beyond a year if needed. It will be the commission’s largest-ever inquiry into sports.

“Education processes will be a key part of the investigation because there are situations where athletes find it hard to disclose what they have been through or even recognize they had been abused or sexually harassed,” Park said. “We will have to discuss with the schools and teams to figure out how to proceed with the investigation in each sport, but we plan to build it mostly around face-to-face interviews.”

South Korean competitive sports in recent weeks have been hit by a growing #MeToo movement, which highlights deep-rooted problems over a brutal training culture and highly hierarchical relationships between coaches and athletes.

It began with two-time Olympic short-track speedskating champion Shim Suk-hee accusing her former coach of repeatedly raping her since she was 17. The coach, Cho Jae-beom, was the national team coach shortly before the Pyeongchang Olympics last year and is now serving a 10-month prison term for physically assaulting athletes, including Shim. Cho’s lawyers said he denies sexually assaulting Shim.

A group representing speed skating athletes said Monday there were at least five more female skaters saying they were sexually abused by their male coaches, but did not reveal their names because of privacy concerns. Encouraged by Shim, female athletes in judo, taekwondo, soccer and wrestling have also accused their male coaches of sexual harassment or assault since. 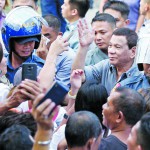