POLICEMEN from the Regional Mobile Force Battalion of the Autonomous Region in Muslim Mindanao who secured the Bangsamoro Organic Law plebiscite rest inside the Office of the Regional Governor compound in Cotabato City. (Keith Bacongco)

COTABATO CITY – This city of 300,000 people will now serve as the official seat of the incoming Bangsamoro Autonomous Region in Muslim Mindanao (BARMM) after the “yes” votes won in the Bangsamoro Organic Law plebiscite last Monday.

Since the establishment of the Autonomous Region in Muslim Mindanao (ARMM) in 1989, the city, which administratively belongs to Region 12, has been ARMM’s “provisional seat” of government.

Moro National Liberation Front chairman Nur Misuari sought for the inclusion of this city in the ARMM but failed twice in 1989 and 2001 plebiscites. In 2001, Republic Act No. 9054 was passed for the expansion of ARMM and plebiscite was held in 11 provinces and 14 cities.

Only Basilan and Marawi City opted to join the expanded ARMM.

After the yes vote won in Cotabato City, lawyer Benedicto Bacani, executive director of the Institute for Autonomy and Governance based at the Notre Dame University of Cotabato City, said “Cotabato City will journey in uncharted waters.”

“Being part of the Bangsamoro region which is by itself a new experiment, the impact of this new arrangement to Cotabato City would depend on how the BTA performs and how its relations with the Bangsamoro government will evolve,” Bacani said.

Bacani added that supporters will face a common challenge of “preserving the gains Cotabato City has achieved and continuing its trajectory of economic and stability under the Bangsamoro.” (With reports from Zea C. Capistrano) 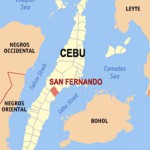