THE Supreme Court (SC) has ordered the immediate release from detention of three persons, who had been convicted of illegal drugs sale, for failure of law enforcement agents to comply with the mandated rules on the handling of the confiscated drugs.

Acquitted and ordered released were Emmanuel J. Oliva, Bernardo P. Barangot, and Mark Angelo G. Manalastas who were convicted by the Makati City regional trial court (RTC) in 2015.  The judgment of conviction was affirmed by the Court of Appeals in 2017.

They elevated the CA’s ruling before the SC which reviewed the proceedings and the evidence presented.

In granting the appeal, the SC found that in the inventory of the confiscated drugs, there were no representatives from the Department of Justice and the media during the proceedings as required y the Comprehensive Dangerous Drugs Act under Republic Act No 9165.

“Certainly, the prosecution bears the burden of proof to show valid cause for non-compliance with the procedure laid down in Section 21 of R.A. No. 9165, as amended. It has the positive duty to demonstrate observance thereto in such a way that, during the proceedings before the trial court, it must initiate in acknowledging and justifying any perceived deviations from the requirements of the law. Its failure to follow the mandated procedure must be adequately explained and must be proven as a fact in accordance with the rules of evidence,” stated the SC decision written by Associate Justice Diosdado M. Peralta.

The lapses in the handling and inventory of the confiscated drugs prompted the SC to acquit Oliva, Barangot and Manalastas.

“They are ORDERED IMMEDIATELY RELEASED from detention, unless they are confined for any other lawful cause. Let entry of final judgment be issued immediately. Let a copy of this Decision be furnished to the Director of the Bureau of Corrections and the Superintendent of the New Bilibid Prisons, for immediate implementation. Said Director and Superintendent are ORDERED to REPORT to this Court within five (5) working days from receipt of this Decision the action he/she has taken,” the SC ruled in its decision dated Jan.7, 2019. (Rey G. Panaligan) 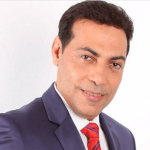