President Duterte has berated the sacked police chief of Bacolod City and four other policemen for the proliferation of illegal drugs in their area as he warned other policemen not to emulate their errant colleagues.

The President summoned Senior Supt. Francisco Ebreo, chief of police of Bacolod, and four other policemen assigned to the locality to Malacañang last Tuesday, a few days after ordering their removal from their posts.

“PRRD gave the police officers a dressing down and castigated them for allowing the proliferation of illegal drugs to persist in Bacolod,” presidential spokesperson Salvador Panelo said.

“The President particularly expressed his frustration as to why they had no knowledge about the presence of certain personalities in Bacolod who are involved in the illegal drug industry,” he added.

Panelo said the President also mentioned the concerned policemen were relieved from their posts pending their investigation. Such action, he said, should serve as a warning to other cops to do their job well.

“This swift action of the President is a timely warning to other PNP officers that the President will not tolerate incompetence and inefficiency in the police force, especially with respect to the administration’s crusade versus illegal drugs,” Panelo said.

The President, on the other hand, was prepared to support policemen performing their duty within the bounds of law, according to Panelo.

“While our efforts in destroying the illegal drug apparatus should remain firm and relentless, we take this occasion to reiterate PRRD’s position that he will support policemen resorting to force only when the same is inevitable as when, in the performance of their duties, a suspect sought to be arrested performs aggressive and violent resistance amounting to an actual or imminent threat to their lives and limbs,” he said.

In his visit to Bacolod last Saturday, the President announced the dismissal of Ebreo and four other police officers for alleged involvement in the illegal drugs trade. He said they were relieved from the post for “your involvement in drugs and making the people of Bacolod miserable.” (Genalyn D. Kabiling) 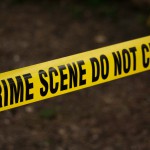