Westbrook scored 23 points, pulled down 19 rebounds and handed out 15 assists in a 100-83 victory over the Cleveland Cavaliers.

It was the third time this season he notched a “triple-double” – by reaching double digits in three key statistical categories.

Only Oscar Robertson with 181 and Magic Johnson with 138 have posted more.

Westbrook, whose 19 rebounds were one shy of his career high, completed the triple-double with an assist on Jerami Grant’s dunk with 5:36 left in the third quarter.

Westbrook’s efforts helped the Thunder to their 13th victory in their last 16 games. They’re in fourth place in the Western Conference, having recovered from a dismal 0-4 start to the season. 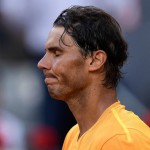