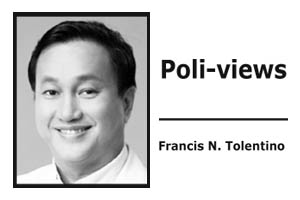 ONE of the more famous tour­ist destination near Metro Manila is the province ofBatan­gas. Its rich history and culture, coupled with its pristine beach­es and breath-taking mountains that every budding mountaineers dreams of conquering, all the more highlight the natural beauty and awe of Batangas.

However, it is not only for Ba­tangas’ natural beauty and rich culture that attracts tourists to flock this part of CALABARZON. Batangas is also a picture of a locality that is rapidly growing economically. The port in Batan­gas City is a primary hub for the delivery of goods, services and people from the island of Luzon to various parts of the country. Economic activities flow at rapid paces in various part of the prov­ince because of its accessibility through efficient road networks that connect Batangas to nearby provinces.

Several prominent personalities in history, politics and sports hail from the province of Batangas. These Batangueños have indeed brought great pride not only to their province but as well as to the nation. The Sublime Paralytic Apolinario Mabini was born and grew in Tanauan. Filipino General and hero Miguel Malvar was from Sto. Tomas. Philippine flag seam­stress Marcella Agoncillo was born and raised in Taal. Likewise, Jose P. Laurel who became President of the Republic was born in Tanauan. Laurel’s fifth son, Salvador Ro­man Laurel, also served as Vice President of President Corazon C. Aquino. Famous athletes also come from the province of Ba­tangas such as volleyball phenom Alyssa Valdez and De La Salle University’s pride Kim Fajardo. Both Valdez and Fajardo were vital members of the Philippine women’s volleyball team which competed during the recent ASIAN games in Indonesia.

As one of CALABARZON’s lead­ing provinces, Batangas is truly advantaged by its rich natural resources, people, culture and his­tory. As it continues progressing towards the path of development, may the province’s leaders never forget to keep that balance be­tween economic development and environmental sustainability. With governance, present and future Batanguenos are assured of an even brighter future ahead. 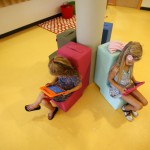