Its confidence back, Creamline is looking to clinch the top seeding in the Premier Volleyball League Open Conference today at the Batangas City Coliseum.

A victory for the Cool Smashers in their 4 p.m. tussle with the Adamson-Akari Lady Falcons would improve their 10-3 win-loss record aside from gaining an added motivation going into the Final Four.

Out to lead Creamline are Alyssa Valdez and Michelle Gumabao – the team’s 1-2 punch.

BanKo-Perlas battles Tacloban at 2 p.m. with the former determined to notch their 11th win in 14 games.

A two-way tie for the lead would arise if both Creamline and BanKo-Perlas emerge victorious.

If that happens, Creamline will still get the No. 1 seat due to a superior quotient over the Perlas Spikers and will face No. 4 PetroGazz in the semis.

Valdez, currently the best spiker and server in the conference, reiterated her call to her teammates to stay focused and sharp.

Though they will be up against an eliminated team, Valdez said they can’t afford to relax, saying they still need to bring “beast” mode in the semis since the Lady Falcons have nothing to lose.

The Lady Falcons can create a noise if they will come out winners this time having dropped their first 13 games.

BanKo-Perlas is also facing a tough team in Tacloban as the latter hopes to end its campaign on a high note with three straight victories. 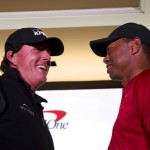