Martin Lloyd Antonio (No. 2) is expected to play a key role when Malacañang-Philippine Sports Commission battle NHA in the UNTV Cup on Sunday at the Pasig City Sports Center.

Malacañang-Philippine Sports Commission tries to boost its bid for an outright semis berth while as Philippine National Police (PNP) goes for its fourth straight win when they go up against their separate rivals tomorrow in the 7th UNTV Cup at the Pasig City Sports Center.

The Malacañang-PSC Kamao collide with the defending champions Senate Defenders at 5 p.m. with both teams determined to launch their second round campaigns on winning notes.

Malacañang-PSC took the solo lead in Group B at 4-1 following the defeat of National Housing Authority to Group A frontrunner Armed Forces of the Philippines, 90-81, last Sunday.

The NHA Builders slipped to 4-2 – the same mark of the PNP Responders who will be facing two-time titlist Judiciary at 3:30 p.m.

The Judiciary Magis, who dropped to a 2-4 card following a stinging 74-72 loss to PITC also last Sunday, need to beat the Ollan Omiping-led Responders and the two other Group A teams – AFP and Senate – if they are to advance to the quarters.

The AFP Cavaliers remain as the only undefeated team with a 6-0 record with the Senate Defenders toting a 3-2 mark in the annual tournament organized by UNTV president and CEO Daniel Razon for public servants.

PITC is looking to follow up its thrilling win the last – its third in six games – when it collides with Department of Agriculture at 2 p.m.

Like the PITC Global Traders, the DA Food Masters are also sporting a 3-3 mark in the event offering R4 million to the chosen charity of the champion team. 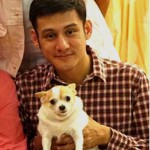