Ronnie Serrano played a key role in PNP’s 82-79 win over Department of Agriculture in the recent 7th UNTV Cup at the Pasig City Sports Center.

Armed Forces of the Philippines (AFP) continued its hot streak, claiming the scalp of National Housing Authority (NHA), 90-81, at the start of the second round of the 7th UNTV Cup held over the weekend at the Pasig City Sports Center.

The AFP Cavaliers, who topped Group A elims, expectedly got impressive numbers from Darwin Cordero and former PBA player Boyet Bautista to extend their winning streak to six games since the first round of the tournament designed only for the country’s public servants.

AFP had a cold shooting in the first half that saw the Cavaliers fall behind by 12 points (46-34) but rallied midway in the third behind the efforts of Cordero and Bautista to help turn things around.

In other games, Philippine National Police continued its surge from a 1-2 start by chalking up its third straight win with an 82-79 win over Department of Agriculture while PITC outlasted Judiciary, 74-72, in the event offering R4 million to the chosen charity of the champion team.

For leading the team with 22 and 17 points, respectively, Cordero and Bautista shared the Best Player award. They also combined for six steals, five rebounds and two blocks.

Three other AFP players scored in double figures enough to take a 63-61 advantage after outscoring the Builders, 29-15, in the third canto.

Like the Cavaliers, the PITC Global Traders made a decisive run in the third to take command on the way to their third win in six matches in Group A. 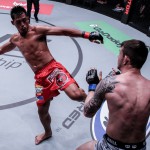