President Duterte and Chinese President Xi Jinping shake hands during their meeting at Malacanang Tuesday. (Jansen Romero)
The Philippines and China have committed to remain “good friends and good neighbors” after upgrading their alliance to “strategic cooperation” that will benefit both people and contribute to regional peace and stability.
President Duterte and Chinese President Xi Jinping have agreed to forge closer cooperation on various areas such as trade, infrastructure development and security during a meeting in Malacañang last Tuesday.
Both countries earlier agreed to a joint oil and gas exploration deal, one of the 29 agreements signed during Xi’s state visit to the county.
“The President and I agreed to elevate our relationship to one of comprehensive strategic cooperation,” Xi said during the state banquet hosted by Duterte at the Palace Tuesday night
“This decision, which will mark a new milestone in our relations, speaks to our shared determination to be good friends and good neighbors. We are truly pleased with this decision,” he said.
Xi recognized that the ties between China and the Philippines have always been “a relationship between equals,” and “a relationship between two good neighbors.”
He admitted there were “obstacles” in the past but the bilateral relations have been placed on the “right trajectory” since Duterte assumed office in 2016. He also praised Duterte for his leadership, even likening him to the national hero Dr. Jose Rizal.
“After President Duterte took office, our two sides have worked together to remove many obstacles. Our relationship has been turned around and put on the right trajectory,” he said.
“I commend the President for taking on Jose Rizal’s mantle and for his commitment to an independent Philippines,” he added.
The visiting Chinese leader said he hopes the two nations would stay united and  “create a better tomorrow for both of our countries.”
Duterte, in his remarks, hailed the stronger Philippine-China relations following the state visit of Xi to the country, the first in more than a decade.
Both leaders have agreed to “forge a new legacy of friendship and cooperation as we work together in further consolidating ties with our both nations.”
“I stand here optimistic that we will sustain the momentum in moving our relationship even further, and that the friendship between our countries will continue to flourish in the years to come,” Duterte said.
“I am hopeful that through our cooperation, opportunities for greater collaboration will further promote the prosperity and success of our nations, and contribute to lasting peace and stability in the region,” he added.
The state banquet was attended by Senate President Vicente Sotto III, House Speaker Gloria Macapagal Arroyo, other top government officials, and prominent businessmen.
The Palace guests were treated to sumptuous dinner as well as world-class Filipino entertainment led by international singer Lea Salonga.
Xi is expected to meet with Congress leaders and the Filipino-Chinese businessmen community before ending his two-day state visit to the country. (Genalyn Kabiling) 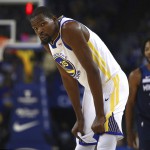