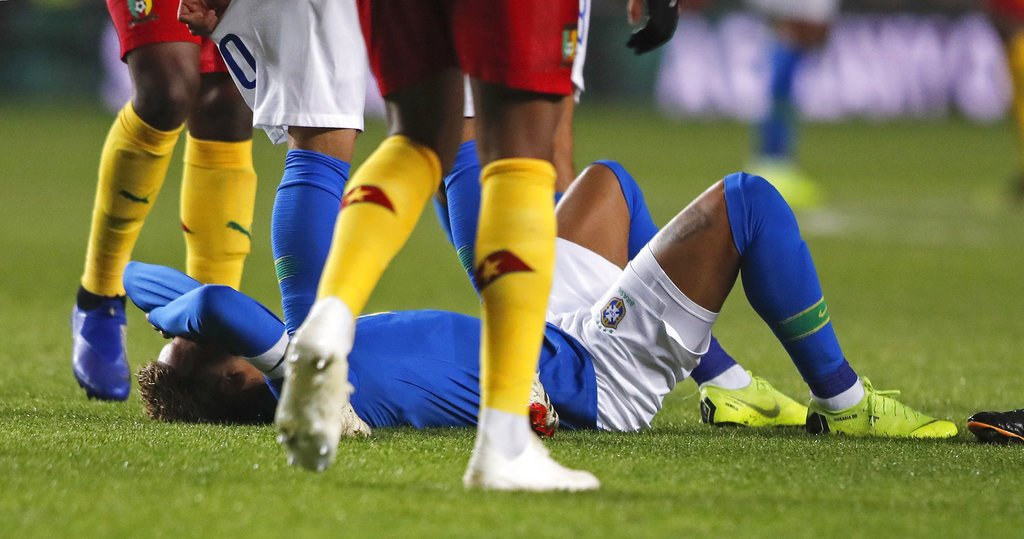 Brazil's Neymar lays down on the pitch injured during the International friendly soccer match between Brazil and Cameroon at MK Stadium in Milton Keynes, England. (AP Photo/Frank Augstein)

MILTON KEYNES, United Kingdom (AFP) – Neymar could be an injury doubt for Paris Saint-Germain’s Champions League clash with Liverpool next week after limping off during Brazil’s 1-0 friendly win over Cameroon on Tuesday.

The forward suffered an apparent groin problem and was replaced in the eighth minute, to boos from the crowd in the central English town of Milton Keynes.

Everton’s Richarlison, Neymar’s replacement, headed in on the stroke of half-time for his third Brazil goal on his sixth appearance to secure victory for the Selecao.