Gilas Pilipinas begins a series of tune-up games before the fifth window of the FIBA World Cup Qualifiers tonight when it faces Jordan at the Meralco Gym in Ortigas.

National coach Yeng Guiao will field 13 players for the first of two scrimmages against the Jordanian side which is town as part of its own buildup for the World Cup Qualifiers. Their exhibition is slated at 8 p.m.

Players who suit up in the recent PBA Governors’ Cup semifinals, namely Magnolia’s Paul Lee and Ian Sangalang and Barangay Ginebra San Miguel’s Greg Slaughter, LA Tenorio, Japeth Aguilar and Scottie Thompson will be given time to recharge their batteries before joining the PH team preparation.

The Philippines and Jordan will also meet on Wednesday at the same venue before Lebanon arrives to face Gilas at Meralco on Friday and Sunday.

Jordan is scheduled to take visit New Zealand and South Korea for the qualifiers while Lebanon plays the Koreans and China.

Gilas will play all of its home games at the Mall of Asia Arena, beginning with a Nov. 30 meeting with Kazakhstan and a Dec. 3 duel against Iran.

The Filipino cagers are looking to win both matches to boost their chances of securing a second straight World Cup berth. (Jonas Terrado) 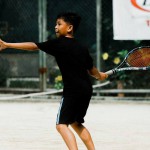 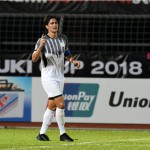