Presented by 18 leading broadcasters from across Asia, the Gala Dinner and Awards Ceremony saw the most prolific martial arts personalities all come together under one roof.

A handful of ONE Championship athletes were bestowed prestigious recognition among many deserving awardees in the global martial arts industry.

Filipino superstar Eduard Folayang took home the Martial Arts Hero of the Year award. Folayang is the former ONE Lightweight World Champion and has long been considered the face of Philippine mixed martial arts.

The 34-year-old native of Baguio City, Philippines is scheduled to face Singaporean sensation Amir Khan in the main event of ONE: CONQUEST OF CHAMPIONS on 23 November for the vacant ONE Lightweight World Championship.

Aung La N Sang is a superstar in Myanmar, and has a massive following unlike any other in his home country of Myanmar.

Reigning ONE Women’s Atomweight World Champion “Unstoppable” Angela Lee won Female Athlete of the Year. The 22-year-old Singaporean is one of the youngest mixed martial arts world champions in history, and has a huge fan following all across the globe. She successfully defended her atomweight title against Mei Yamaguchi this past May.

Nong-O joined ONE Championship in early 2018 as a marquee talent for ONE Super Series. The Muay Thai legend has since posted exciting victories over Fabio Pinca and Mehdi Zatout.

The epic clash between Aung La N Sang and Ken Hasegawa at ONE: SPIRIT OF A WARRIOR last June was hailed as Bout of the Year.

Both men figured in one of the most exciting bouts in ONE Championship history, and an extremely close championship encounter. Drawing loud cheers from the raucous crowd, the two warriors unloaded blistering combinations that pushed each other to the limit.

In the final moments of the fifth round, Aung La N Sang managed to sneak in a thunderous uppercut to shut the lights off on Hasegawa.

Reigning ONE Strawweight World Champion Joshua “The Passion” Pacio bagged Submission of the Year honors with his modified keylock victory over Pongsiri Mitsatit in July.

Lee Ji Na of Andong, South Korea won the Ring Girl of the Year award. Lee is a popular model based in the capital city of Seoul. She began her modeling career in spectacular fashion, famously winning a Maxim bikini contest and landing a spread in the world-renowned men’s magazine.

This exposure brought her to the attention of ONE Championship, where today she is one of the promotion’s recognizable ring girls.

ONE: KINGDOM OF HEROES, which took place at the Impact Arena in Bangkok, Thailand on 6 October was named Event of the Year.

ONE Championship veteran referee Olivier Coste was honored with the Referee of the Year award.

Coste has been with the promotion from the very beginning, and has since led the officiating for ONE Championship.

Breakthrough Athlete of the Year honors went to Thailand’s Stamp Fairtex, a talent who emerged from Rich Franklin’s ONE Warrior Series and recently joined ONE Super Series. Stamp defeated “Killer Bee” Kai Ting Chuang at ONE: KINGDOM OF HEROES this past October to be crowned the new ONE Kickboxing Atomweight World Champion.

Here are the full results: 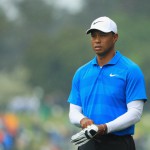