Director General Oscar Albayalde, chief of the Philippine National Police (PNP), will lead the opening ceremonies of the 26th Defense & Sporting Arms Show (DSAS) Part 2 – the country’s biggest and most prestigious gun show – at the SM Megamall in Mandaluyong City on Nov. 15.

World shooting champ Jethro T. Dionisio, president of the Association of Firearms and Ammunition Dealers, Inc. (AFAD), said Albayalde will be joined by other top PNP officials in joining forces with AFAD in the promotion of responsible gun ownership.

Ernie Claudio, a veteran sport shooting coach, leads the Gun Safety and Responsible Gun Ownership Seminar during the five-day DSAS event. Claudio’s lecture is from 1 p.m. to 1:50 p.m. and is free-of-charge to gun show visitors.

At the same time, Dionisio also invited owners of firearms with delinquent license to avail of the ‘Firearms Caravan,’ a joint undertaking by the AFAD and PNP to help in the swift processing of gun documents.

Applicants for License to Own and Possess Firearms (LTOPF), gun registration and Permit to Carry Firearms Outside of Residence (PTCFOR) are advised to visit the Defense & Sporting Arms Show Facebook page for the list of requirements and details on the PNP Firearms online registration system.

Also, gun show visitors may register online at www.afad.ph/dsasto avoid queueing at the entrance of the DSAS venue. 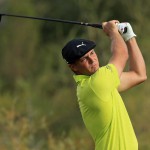 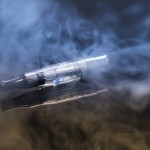