Macau will be the site of Donnie Nietes’s historic quest for a fourth world title on Dec. 31, the Filipino fighter’s chief handler and promoter said yesterday.

The toprated Nietes has been tabbed by the World Boxing Organization (WBO) to dispute the vacant super-flyweight title against third-rated Kazuto Ioka of Japan.

“We don’t want to go to Japan and the Japanese didn’t want to go to the Philippines either,” said Michael Aldeguer, whose ALA Boxing will join hands with Ioka’s team, US promoter Tom Loeffler and a Chinese group to stage the fight for the vacant 115-lb title.

“So we decided to hold it on neutral ground,” added Aldeguer.

Nietes had fought for the same title last September but he was clearly robbed off a win against compatriot Aston Palicte when their bout was scored a draw.

Ioka, seven years younger, is also a three-division champion and has record of 23-1-0 with 13 KOs.

On the same night Nietes was denied of a victory against Palicte in Los Angeles, Ioka soundly beat Puerto Rican McWilliams Arroyo. 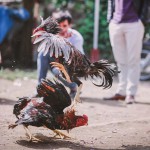 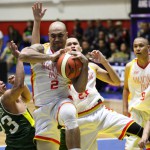