The survey conducted from Sept. 15 to 23 among 1,200 respondents found out that 70 percent were sat­isfied, 14 percent were undecided, and 16 percent were dissatisfied with the performance of Duterte.

Compared to June 2018, gross satisfaction with the President rose by five points from 65 percent, gross undecided fell by one point from 15 percent, and gross dissat­isfaction fell by four points from 20 percent, for a net satisfaction rat­ing of +54 (percent satisfied minus percent dissatisfied), classified by SWS as “very good.”

It is a nine-point increase, and one grade up, from his personal re­cord-low of good +45 (65 percent satisfied, 20 percent dissatisfied) in June.

The SWS attributed the nine-point rise in Duterte’s net satisfac­tion rating from June to September 2018 to increases of 16 points in the rest of Luzon, two points in Visayas, one point in Metro Manila, and one point in Mindanao. 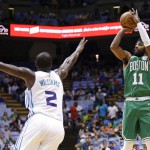