With soap operas, it’s almost always about eliciting emotional response from a given audience and nothing does it better than employing the usual api-apihan characters.

It is in this manner that “My Special Tatay,” GMA7’s newest teleserye on the Afternoon Prime block, could be classified well, wholly traditional.

Nothing wrong with that, of course; it is, after all, a propos to demand.

“My Special Tatay” has Ken Chan playing the role of Boyet, a man with Mild Autism Spectrum Disorder. His life turns upside down when he finds out that he fathered a child.

In it, Bernal, played the role of a girl with intellectual disability who gets pregnant.

But if “My Special Tatay” director, Lord Alvin “LA” Madridejos, is to be believed, there is marked difference: the severity of the lead character’s conditions.

Therein, he said, lay the challenge.

To make sure they are doing it right, show producers employed a real-life psychiatrist as consultant to ensure proper representation of Boyet.

Chan is pressured to do good in his performance as Boyet. 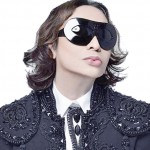