EVERY sitting President has what is a Presidential Social Fund (PSF). This money is usually available to groups and individuals approved by the Chief Executive to receive some financial support based on programs and projects presented to the Palace or persons who merit assistance of the highest office in the land. I recall, during the watch of President Gloria Arroyo, she had authorized the disbursement of Php1 million for the “Sulong ROTC” requested with the intercession of Welson Chua, grieving father of cadet Mark Chua, to champion his advocacy for the besieged military course in colleges and universities nationwide. The PMS (Presidential Management Staff) disbursed half of the amount, the balance to follow after due expenditures, accounting, and liquidation would be submitted by the group. During said occasion, I remember there was a “Guardians” foundation also awarded a similar sum. According to the Commission on Audit report, for 2017, President DU30 had a budget of Php4.7 billion for PSF. A run-down of the expenditures shows “Special Assistance for Uniformed Personnel” amounting to Php305 million. Those “killed in action,” “wounded in action,” medical assistance, burial assistance, including others “Socio-Civic Project Assistance” like resettlement, housing, and others. Those wounded in the Marawi siege received Php110,000. Such a fund on the national level should, however, be replicated as policy by local government units. It could be by ordinance or amendment of the Local Government Code, specific to the creation of a “Social Amelioration Fund,” which would really serve to alleviate the common plight of constituents approaching and harassing political leaders for their proverbial needs of medicines, burial expense, and basketball trophies, etc., which often comes out of the personal pockets of local officials. Such a customary and patriarchal habit forces politicians to be “creative” with government funds and projects to precisely save personal funds for such exigencies, including, preparing a war chest for election time, campaigning, buying voters, including “results.” 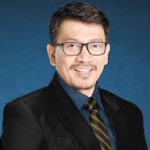 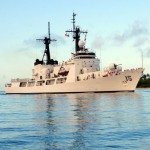