THE June 12 summit meeting between United States President Donald Trump and North Korea’s Kim Jong-Un raised such great hopes around the world, including the Philippines, for it seemed to have put an end to the threat of a nuclear war between the US and North Korea.

Both their leaders had been boasting of their nuclear capability and their readiness to use these on each other. Then they got to meet in Singapore and the world heaved a sigh of relief. They signed an agreement in which Kim committed to “complete denucle­arization of the Korean Peninsula” while Trump pledged “security guarantees” to North Korea.

That was about ten weeks ago and nothing positive has been reported since then. Instead, last Friday, President Trump ordered Secretary of State Mike Pompeo to cancel his trip to North Korea, citing a lack of progress in the talks. He also said the talks had been hindered by the US’ bitter trade dispute with China.

“I feel we are not making sufficient progress with respect to the denuclearization of the Korean Peninsula,” Trump said. He wanted North Korea to spell out the concrete steps it will take to destroy its nuclear facilities.

But North Korea evidently wanted the US to respond to its denuclearization commit­ment with something equally positive. It called for a US declaration of peace as part of its security guarantees to North Korea, according to a state-controlled newspaper. Instead, the paper claimed, US special units in Japan were staging air drills aimed at infiltrating the North Korean capital Pyongyang.

There is always hope as long as talks are being held. Now that they have been stopped, the world can only look on and wait for the two countries to agree to sit down once again across a conference table. Unfortunately, US President Trump has set a new condition for a resumption of the negotiations. High-level talks with Pyongyang will not resume, he said, until the US and China resolve their bitter trade dispute. If the US stands by this new Trump condition, we have little reason to hope for an early settle­ment between the US and North Korea.

The lone positive angle in the whole picture is President Trump’s warm personal words for Kim Jong-Un in the face of hardening official positions. “I would like to send my warm regards and respect to Chairman Kim,” he said. “I look forward to seeing him soon.”

We don’t expect the US’ billion-dollar trade war with China to end anytime soon, so China will not be a factor in any US-North Korea peace talks. But we pin our hopes on Trump’s continuing friendly words for North Korea’s Kim. Another summit meeting should lead to a renewal of the peace talks and, we hope, an agreement that will end the decades-long Korean War and lift the threat of nuclear war in our part of the world. 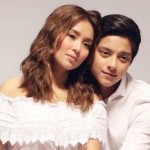