Malacañang has rejected alle­gations that the appointment of Senior Associate Justice Teresita Leonardo-de Castro as Chief Justice was a reward for supporting the ouster of Maria Lourdes Sereno P.A. from the Supreme Court.

Presidential spokesperson Harry Roque defended De Castro’s ap­pointment, saying she was the most senior in the list of nominees submitted by the Judicial and Bar Council.

Roque asserted that De Castro has “infinitely more experience” than her predecessor.

Senators congratulated De Cas­tro for her appointment and they believe she can institute reforms in the Judiciary even with less than two months to serve.

“First of all, I congratulate Chief Justice de Castro for her appoint­ment. Even though she has a short term, I do not believe she would have to start from the very start, since she has long been in the Supreme Court long before – and she is the most senior among her colleagues,” Sen. Francis Joseph “Chiz” G. Escudero said.

Escudero said he believes that De Castro, even with only about 41 days left in her term, can instigate judicial reforms in the High Court. “Even in such a short time, I be­lieve she has the opportunity to in­troduce well-meaning reforms and policies inside the SC,” he stressed.

“I salute the President for up­holding the tradition of seniority in the Supreme Court,” Fariñas said.

“More so, Chief Justice Teresita de Castro has a sterling record of service in the Judiciary,” added Fari­ñas, a Duterte party-mate at the Partido Demokratiko Pilipino-Lakas ng Bayan. “The JBC gave her and Justice Diosdado Peralta a unani­mous vote of six in endorsing them to the President.”

Duterte picked De Castro from the Judicial and Bar Council short­list. Her term will be short since she is set to retire in October. 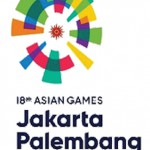 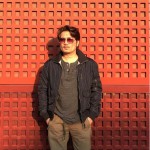