JAKARTA — The secretary general of the Associations of Boxing Alliances in the Philippines (ABAP) expressed his disbelief and disgust Saturday over the outcome of Nesthy Petecio’s featherweight bout with Chinese Yin Juhuan.

Yin was awarded a 3-2 decision Friday night and it came as a jolt for the Philippines which is expecting Petecio to march her way to the gold medal bout.

“There’s really not much we can say. We all saw what happened. It’s just so sad that at a time when boxing is fighting hard to retain its spot in the Olympics, something like this happens,” said ABAP secretary general Ed Picson.

The decision of the judges is final but Picson “will appeal that the judges responsible for this travesty not be assigned to officiate in the coming Philippine fights as judges or referees,” he said.

After a shaky first round, Petecio sent the Chinese retreating and on his bicycle in the next two rounds with her aggressiveness and non-stop punching.

There were even a couple of occasions when Yi had to turn her back to avoid getting assaulted at close quarters, something the three judges didn’t obviously pay attention to.

Just before Petecio lost, welter Joel Bacho was clearly beaten in his welter debut against Jaafar Al Sudani of Iran.

The loss of Petecio and Bacho leaves the Philippines with just six entries.

Four years ago in Incheon, lightweight Charly Suarez settled for the silver, while two other bronzes also made their way to the collection. 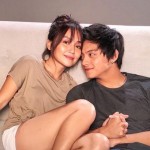 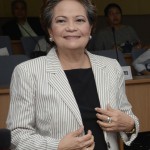