With superstar LeBron James now with the Los Angeles Lakers, Fil-American guard Jordan Clark­son sees it as an opportunity for him and his teammates to rise to the challenge with the Cleveland Cavaliers this coming NBA sea­son.

Clarkson, an incoming six-year pro with the Cavs, expressed excitement despite the fact the team no longer has four-time MVP James, who signed with the Lak­ers last month.

“So we’ll try to do some good things this year (in the NBA),” added the 6-foot-5 Clarkson, who will be seeing action for the first time with the national team against China in the 2018 Jakarta-Palembang Asian Games on Tues­day.

Clarkson said that he remains friends with James, although they never talked things related to the NBA like when the latter signed with the Lakers. The same goes true with former L.A. teammate Kobe Bryant.

Clarkson joined the Cavs in Feb­ruary at the NBA’s trade deadline when L.A. dealt him and Larry Nance Jr. to Cleveland for Isaiah Thomas, Channing Frye and a 2018 first round pick.

Although the self-proclaimed ‘Chosen One’ and ‘King’ in the NBA has left the Cavaliers – a few months after they got swept by the Golden State Warriors in the Finals – Cleveland’s roster remains solid and competitive for the next sea­son.

Asked on the possibility of final­ly making it to the All-Star team, Clarkson said he would rather prove it first and be judged by his performance, adding, “I don’t know, we’ll see.”

For now, his focus is on helping the national team compete for a medal in the continental sporting spectacle where he served as flag bearer for the Philippines during Saturday’s parade of nations in the opening ceremony. 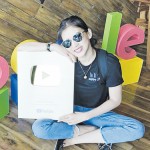 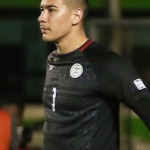