Instead of filling her plate with native stir-fried noodles, shrimp fried in eggs, fried spring rolls and some sweet stuff and getting a bowl of arroz caldo during Monday’s sendoff for the Indonesia Asian Games-bound athletes, Diaz reached for a stick of beef satay so she doesn’t violate her dietary requirements.

Diaz, the 2016 Rio Olympics silver medalist, swears there is pressure building inside as she gets ready to roll in the 53 kg. event.

“Pressure, fear and myself,” Diaz said, enumerating the factors that could decide her fate in Indonesia.

Despite her lofty status as an Olympic second-placer, Diaz isn’t taking the Asian Games lightly.

“The athletes you get to compete with in the Asian Games are the same guys you’d see in the world championships and the Olympics,” she said.

“So, the level of competition in the Asian Games is world-caliber,” said Diaz, stressing that the usual suspects are going to be in attendance.

“Thailand will be there…Chinese-Taipeh, China, Korea and Turkmenistan,” all world powers in the sport are going to crowd Diaz for a place in the podium.

To get ready for Indonesia, Diaz, 27, who was unsuccessful in 2008 (Beijing) and 2012 (London), begged off from her studies at St. Benilde starting four months ago.

But school officials are not all too excited to give her more than the agreed break.

Hopefully, by the time Diaz returns to resume her Business Management course, a medal will be seen draped around her neck. 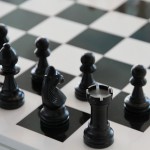