Controversial tour guide Carlos Celdran will be spending time in jail with the Supreme Court uphelding the decision against him.
Celdran was found guilty of “offending religious feelings” for his 2010 antic, causing a commotion at the Manila Cathedral during an ecumenical meeting while dressed up as Jose Rizal holding a “Damaso” placard.

Celdran, however, is not taking it sitting down.

In an appearance on ANC’s “Early Edition” Friday, Celdran said he will appeal the decision.

“This is an archaic law that was done a long time ago as a way for the Spanish state and the Catholic church to control Filipinos during colonial times,” he said.

“With the coming of the Bill of Rights, freedom of speech is now enshrined above and beyond everything,” he added.

Celdran said he will file his appeal on Aug. 15, asking the Supreme Court to discuss the constitutionality of Article 133.

“Freedom of speech is absolute. Only when it disempowers or harms somebody is the only time when it should be banned,” Celdran said.

“Whatever happens to me will set horrible precedence. It will become a slippery slope for freedom of speech. Today it is about religion, tomorrow it could be about anything.” (Neil Ramos) 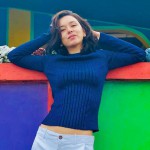