The daughter and co-defendant of alleged pork barrel scam brains Janet Lim Napoles in money laundering charges in the United States has already fled the Philippines.

Justice Secretary Menardo Guevarra said the Bureau of Immigration (BI) has informed him that Napoles’ daughter, Jeane Catherine, is no longer in the country

However, Guevarra said the BI was not able to provide more details of Jeane Catherine’s destination.

The US Department of Justice (DoJ) announced last Tuesday (Wednesday Manila) that it will seek the extradition of those indicted by a federal grand jury with Conspiracy to Commit Money Laundering, Domestic Money Laundering and International Money Laundering involving money allegedly funneled from the Priority Development Assistance Fund (PDAF) scam.

Apart from Mrs. Napoles and Jeane Catherine, those included in the indictment were the brother of Mrs. Napoles, Reynald Luy Lim; Reynald’s wife Ana Marie Lim; and the children of Mrs. Napoles – Jo Christine, and James Christopher.”

Among those indicted in the US, Mrs. Napoles, Jo Christine and James Christopher are also facing multiple charges before the Sandiganbayan in connection with the pork barrel scam.

On the other hand, Guevarra was able to confirm with the BI that Reynald and Ana Marie are still in the country.

However, the secretary admitted that the DoJ Philippines has no power to stop anyone not facing any charges in court from leaving the country.

“But considering that an indictment has already been made in US courts, the US government has ways of tracking down the defendants anywhere, including tapping the assistance of the Interpol (International Criminal Police Organization),” he pointed out.

The secretary also assured the US government that the Philippines will assist should it request the extradition of those who are charged in the US courts.

“Should the US request their extradition, and they are not facing any court cases here, we will evaluate and commence the appropriate proceedings,” he said. 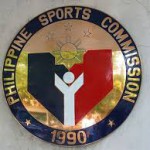