Jesus came to his native place and taught the people in their synagogue. They were astonished and said, “Where did this man get such wisdom and mighty deeds? Is he not the carpenter’s son? Is not his mother named Mary and his brothers James, Joseph, Simon, and Judas? Are not his sisters all with us? Where did this man get all this?” And they took offense at him. But Jesus said to them, “A prophet is not without honor except in his native place and in his own house.” And he did not work many mighty deeds there because of their lack of faith.

The Prologue of John tells us that when the Word-made-flesh came to what was his own, “his own people did not accept him” (Jn 1:11). This is illustrated by the Synoptics in the rejection of Jesus at Nazareth, his native place. When Jesus was growing there, he lived a “hidden life” – no miracles, no show of extraordinary knowledge and power, unlike what we read in apocryphal gospels. He was simply Yeshua Bar-Iosef (Jesus, son of Joseph), living with his parents and cousins – the “brothers” and “sisters” in the Gospel. He was an apprentice in Joseph’s carpentry shop, learning this trade. But then, when he was about 30 years old, Jesus left Nazareth and settled in Capernaum. In towns around Lake Tiberias, he became known as an itinerant preacher, even as a prophet. People marveled at the authority of his teaching and his power to heal the sick and to drive out demons.

When Jesus returns to Nazareth and teaches in the synagogue, people cannot make anything out of him: “Where did this man get such wisdom and mighty deeds? Is he not the carpenter’s son?”

Indeed, the Lord chooses to accomplish his mission of salvation among the simple and the lowly. He chooses to grow up among simple folks, in a humble town of Nazareth, the object of Nathanael’s derision: “Can anything good come from Nazareth?” (Jn 1:46).

Are you biased against certain persons, places, and things? How will you overcome your prejudices? 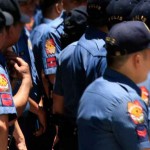 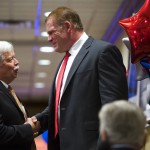