PUERTO GALERA, Oriental Mindoro – The national government through the Department of Public Works and Highways (DPWH) has allotted R150 million for the construction of modern waste water treatment plant facilities in two popular tourist sites of this town.

Mayor Rockey Ilagan said the construction of a plant in Barangay Sabang has started already and will be followed by San Isidro (Whitebeach) which will be funded from a grant of national government subsidy program for the implementation of sewerage or septage management projects for first class municipalities like Puerto Galera.

Mayor Ilagan said they are very thankful to DPWH Secretary Mark Villar for announcing that Puerto Galera is already qualified for the subsidy which he said will pave the way for the lasting solution to the issue of uncontrolled sewage discharges into the sea of the premier tourist town.

The DPWH has already downloaded R100 million for the Sabang project while R50 million has been approved for Whitebeach after it qualified for 50 percent subsidy for the project capital expenditure (CAPEX) as it awaits for the submission of other documentary requirements such as local ordinance for sewerage management, feasibility study, local and environmental permits.

Under the plan, wastewater will be collected from all households and commercial establishments through a piping system and will be pumped to a sewerage treatment plant after which it will be treated before being discharge to the sea or reused. (Jerry J. Alcayde) 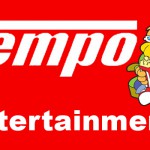