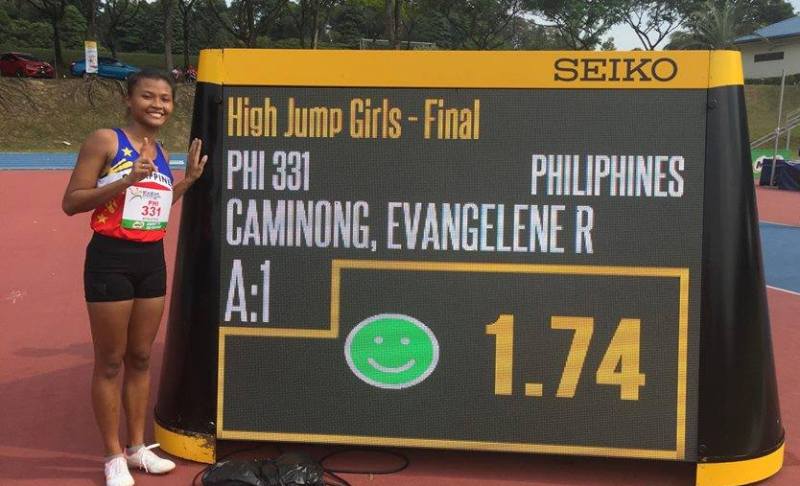 Pinay high jumper Evangelene Caminong of San Vicente, Palawan poses beside the LED where her new personal record was shown minutes after winning the first gold medal for the Philippines at the 2018 ASEAN Schools Games. (PSC PHOTO)

Caminong, in an interview at the sidelines before the awarding ceremony, said she couldn’t believe that she did it.

Caminong salvaged the silver in the same event during the 2018 Palarong Pambansa in Vigan City, Ilocos Sur, finishing behind Caimoso who topped the secondary girls’ event.

Competing as a first timer in ASEAN Schools Games, Caminong didn’t expect much but said she was just happy to represent the country in the meet.

“At first, I wasn’t pressured to win. But I don’t know as the competition came I felt it was my obligation to do my best,” she said.

“I hope this win serves an inspiration to my fellow Pinoy athletes to strive their best in their games,” said the middle child of three siblings of Lorraine and Ivanhoe.

She added that making it this far for her would not be possible without the support of Cong. Jenny Barzaga and Dasmarinas City Mayor Elpidio Barsaga.

The battle for her is not yet over as she attempts to claim her second gold medal in 100m hurdles which will be played on July 24.

A Mindanaoan runner, Camila Tubiano, also captured the bronze medal in the 3,000-meter track and field event when she clocked 10 minutes and 49.30 seconds. She fell behind Luu Thi Thu of Vietnam (10:18.09) and Lwee Zar of Myanmar (10:47.25) for the gold and silver medals, respectively. 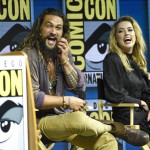