President Duterte is making sure that the country’s defense capabilities are strong against what he said are “dark clouds ahead,” particularly in Mindanao.

Duterte said the country’s defense must be strong before he commits to other sectors, particularly the micro, small, and medium enterprises.

“Maybe inuna ko lang ‘yung defense because I said there’s a, I see dark clouds ahead,” he said in a speech in Pampanga last Tuesday. “So inuna ko muna ‘yung matters that would make us strong,” he added.

Duterte said the country is not yet done in the fight against terrorism despite its victory in the five-month war against Islamic State-inspired terrorists in Marawi City, Lanao del Sur last year.

“Just be put on notice that we are not yet over the hump in our troubles with the law and order particularly in some parts of the Philippines. Mindanao is one area which you have to look with guarded eyes,” he said, adding that ISIS remains to be a wildcard in Mindanao.

“Dito sa Luzon, medyo maganda nang kaunti. It is not really as bad as down there in Mindanao because the fighting is limited to certain groups but not fronts,” he added.

The President reminded the public of their role in keeping law and order. “As we go along with our governance, there are many things which I would like to pass on to you na dapat, the role of the citizen of this country,” he said.

Duterte had earlier said that Mindanao is the only possible place in Southeast Asia where the IS will go after being driven out of the Middle East due to the number of infidels or non-Muslims there.

Last month, a firefight occurred between the Armed Forces of the Philippines and remnants of the Maute Group in Tubaran, Lanao del Sur. The firefight prompted the evacuation of around 500 families.

Presidential spokesperson Harry Roque said that the firefight only proves that martial law is still needed in Mindanao as there are still enemies in the region. (Argyll Cyrus B. Geducos) 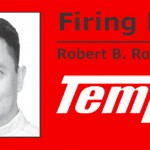