By AARON B. RECUENCO

Police have found out that slain Tanauan City, Batangas Mayor Eduardo Halili had a dispute with a retired general before he was killed last Monday.

Director General Oscar Albayalde, chief of the Philippine National Police, said that the local investigation task group has come across the name of a retired high-ranking security official but would not provide details as he is not yet even considered as person of interest. “That’s one of the angles they are looking into. That’s one motive,” said Albayalde.

Quoting the result of the initial investigation, Albayalde said Halili had a dispute with the retired general over the sale of a huge parcel of land in Batangas.

Albayalde said the clash between Halili and the retired general happened a long time ago but the dispute remains unsettled.

The officer said he does not personally know the retired general and it was the first time he heard of the name. “The motive with regard to him is land dispute. It happened long before the shooting,” said Albayalde. “But he is not necessarily a person of interest because we have a lot of motive being looked into,” he added.

Police are also determining if local politics or Halili’s shame campaign on arrested drug personalities in Tanauan have something to do with his death.

Albayalde denied speculations that Halili was killed by a sniper who could either be a policeman or a soldier.

“The assailant is not necessarily from the service. Even civilians could train for that,” said Albayalde. “Remember, there are so many handlers of snipers. There are also retired who knows sniping,” he added. 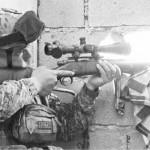 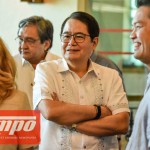