The government has decided to ignore communist leader Jose Maria Sison since he has become “completely irrelevant” with the peace talks now on hold.

Presidential spokesperson Harry Roque revealed the latest “policy” of not commenting on Sison’s statements to avoid unnecessarily riding on the propaganda of the rebel group.

“It will now be a policy. Dededmahin ko na ‘yan si Joma Sison, because he ceased to be relevant now that wala na tayong peace talks,” Roque said during a Palace news conference. “If I were to comment, I’m going to make news out of their propaganda so I will let it remain as propaganda,” he added.

Roque said Sison, currently living in exile in the Netherlands, could anything he wants and voice his opinion but the government would still consider him unimportant.

He noted that local government officials have conducted localized peace talks that resulted in the surrender of many rebels in the south.

“Now that peace talks are not being held, he’s completely irrelevant as far as I’m concerned,” Roque said. “He’s even living ten thousand miles away so I don’t see how he can even be relevant,” he added.

The government has suspended peace talks with the communist rebels amid plans to review prior agreements as well as conduct public consultations.

The President remains open to the peace talks as long certain conditions are met, including a declaration of ceasefire and cessation of revolutionary tax collection.

Roque brushed aside the alleged communist plot to oust the President by October, saying it was nothing but propaganda. (Genalyn D. Kabiling) 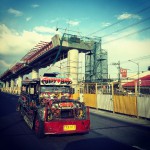 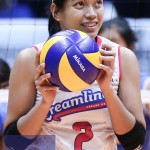