A referee who won’t tolerate bruising and similar dirty tactics is being eyed to work Manny Pacquiao’s world welterweight title challenge of Argentine champion Lucas Matthysse on July 15 in Malaysia.

“I am working that out,” said US boxing man Sean Gibbons, who is requesting the World Boxing Association to assign someone who will not allow roughhousing to decide an outcome of the fight following Pacquiao’s bad experience against Jeff Horn in Australia last year.

In that fight, US referee Mark Nelson allowed Horn to bully Pacquiao using his elbows and shoulders, a move that cost the Filipino star the victory.

Gibbons was in Manila last week to discuss some matters with Pacquiao in General Santos City before heading to Kuala Lumpur to check on the progress of the preparations.

A referee from California or Nevada is likely to be named as third man on the ring for the scheduled 12-round match at the 16,000-capacity Axiata Arena, said Gibbons.

Another boxing personage, Narong Hengtrakul of Thailand, is also trying to lend a hand to Pacquiao’s cause, adding that he would ask the Venezuela-based WBA to appoint an Asian official.

Hengtrakul said Pinit Prayadsab, Thailand’s top ring arbiter, is capable of handling the fight unlike Nelson who allowed the Pacquiao-Horn showdown to go out of hand. 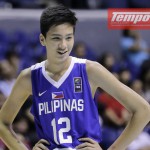 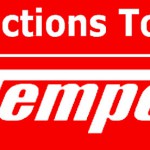