KANGAROOS are among well known residents of Australia. In fact, the continent is easily associated with them.

Kangaroos are just one of six large species of the Australian marsupials.

They are known for the incredible hopping and bouncing of their hind legs.

The term kangaroo originated from Guugu Yimidhirr, an Australian aboriginal language that refers to the Grey Kangaroo. Later, kangaroo was adopted into the English language.

Kangaroos are divided into three types of species.

The Red Kangaroo is the largest surviving marsupial anywhere in the world.

The Eastern Grey Kangaroo is mostly based on the fertile eastern part of the continent.

Finally, the Western Grey Kangaroo is mostly found in western and southern Australia.

Why are kangaroos known for their powerful jumps and leaps? This is because kangaroos have very powerful hind legs.

Their feet are designed for leaping, with a muscular tail for balance and a small head. The kangaroo is the only large animal to use hopping as its primary means of locomotion.

A Red Kangaroo can hop as fast as 70km/h (43 mph) over short distances.

– Rabbits, apart from the blind sport of their nose, have nearly 360° panoramic vision to allow them to detect predators from all directions.

– Bullfrogs do not sleep.

– The “Flintstones” was the most profitable network cartoon franchise for 30 years before “The Simpsons” came along.

– In 1945, the first atomic bomb was created, and was nicknamed “The Gadget.”

– Shoe shops used X-ray machines to measure shoe sizes in the 1940’s before the risks of X-ray were fully understood. 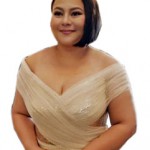