Georges St-Pierre’s coach, Firas Zahabi, is lobbying for the UFC icon to follow the footsteps of Conor McGregor and fight Floyd Mayweather Jr. in a boxing match.

“I want Georges to fight Mayweather. I keep bothering Georges, ‘You fight Mayweather, you fight him.’ He’s like, ‘It’s crazy.’ I know it’s crazy,” Zahabi told Joe Rogan during an episode of the Joe Rogan Experience podcast.

St-Pierre returned to the Octagon in November, ending a four years hiatus. The French-Canadian submitted Michael Bisping via rear-naked choke in the third round at UFC 217 to claim the middleweight title.

Just a month after his return, St-Pierre vacated the middleweight strap due to being diagnosed with ulcerative colitis. Zahabi, however, is hoping that his client will return soon.

“I think Georges is gonna get better, get back in the gym,” Zahabi said, per TSN. “He’s gonna feel his body out and see what he wants, what’s the most interesting, epic fight out there. Mayweather? McGregor? We need a megafight.” 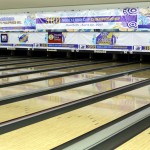