Police forces in Western Visayas will be using a different approach in the campaign against loiterers, or colloquially called “tambay,” amid the intense operations of their counterparts in Metro Manila that have so far led to the arrest of more than 5,000 people.

Instead of doing it alone, police forces would likely conduct the operations with local officials, particularly at the barangay level, against violators of local ordinances that include prohibition of drinking session along the streets, illegal gambling, and curfew.

“As ordered by President Duterte, we will implement the crackdown on tambays or loiterers within the region in coordination with the local government units,” said Chief Supt. John Bulalacao, director of the Western Visayas regional police.

Bulalacao said the involvement of local officials in the campaign against loiterers is to ensure enough augmentation forces and for the identification of those whom the policemen would cross paths with in the conduct of the operations.

It was learned that in some cases, criminal elements from other places would hang out in a particular area to wait for the people whom they would prey on.

Earlier, no less than national police chief Director Oscar Albayalde has encouraged the involvement of barangay officials in the conduct of campaign against loiterers, saying local officials and the barangay tanod know the people in their respective areas, and as such, could easily identify strangers who may turn out to be criminals.

Aside from the involvement of local officials, Bulalacao said the campaign against loiterers would start in crime-prone areas especially in urban areas.

“We will prioritize crime-prone areas in the key cities and municipalities as based on our crime map to attain our objective of crime reduction,” Bulalacao said.

In the case of rural areas where people sleep early and in areas with zero crime, Bulalacao said they will ask local government units to come up with activities that would discourage loiterers, especially the youth, from hanging out on the streets especially during nighttime. 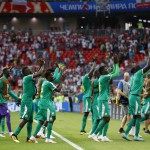