The Department of Health has uncovered irregularities in the procurement and implementation of a P8.1-billion project that aimed to build 5,700 barangay health stations all over the country.

Health Secretary Francisco Duque III said yesterday the project that started in December 2015 has constructed only 270 units, eight of them completed with supporting documents.

The project, initiated during the administration of President Benigno S. Aquino III, has been hampered “because the sites where the health stations were supposed to be built were not validated,” according to Duque.

Health Undersecretary Roger Tong-an revealed that there were recommendations to pay for a total of 429 units that were supposed to have been completed. However, upon validation, only 270 units were built.

Last March, Duque said that Jbros Construction Corp., the project contractor, wrote the DoH to express its intention to terminate the contract and bill the department a total of P2.9 billion.

As a result, Duque created a task force in April to investigate the project. “I have initiated an investigation on alleged irregularities in the procurement and implementation of the school-based Barangay Health Station Project. I tried to give the persons involved the benefit of the doubt,” Duque said.

A performance audit report from the Commission on Audit said that “the project establishing 5,700 Barangay Health Stations (BHS) in public schools in 2015 and 2016 was obstructed by ineligible and non-workable project sites that were not fully validated before project contracting and implementation due to absence of specific guidelines. […] Delayed and non-completion of the total BHS contracted again impacts on the procured equipment which remain idle or undistributed to intended school-based BHS.”

The task force, on the other hand, came up with a report affirming the irregularities cited in the 2017 CoA Performance Audit Report on Health Facilities Enhancement Program Projects, in addition to other irregularities discovered in the project.

“We’ve seen a problem from the level of planning, procurement, and also at the actual project implementation,” Duque added.

Duque has requested the Ombudsman to conduct a fact-finding investigation to hold responsible officials accountable. 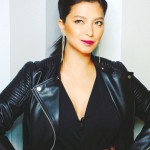