MOSCOW – A taxi drove into a crowd of pedestrians near Moscow’s Red Square on Saturday, injuring eight people, including two Mexicans, in the city for the soccer World Cup which Russia is hosting, officials and eyewitnesses said.

The incident took place as residents and visiting soccer fans thronged the center of Moscow on a balmy summer evening, a short distance from the Kremlin.

Moscow’s traffic management authority said the taxi driver had a driver’s license issued in Kyrgyzstan, a mainly Muslim ex-Soviet republic. It cited the driver, who was in police custody, as saying he had not driven into the crowd on purpose.

Moscow Mayor Sergei Sobyanin said in a post on Twitter: “There was an unpleasant incident with a taxi. The driver lost control of the vehicle.”

The city’s police said they had opened a criminal investigation into a suspected violation of the traffic code. (Reuters) 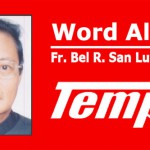