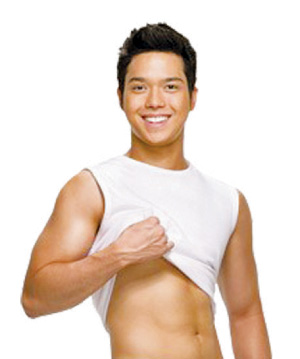 ANYTHING – Writer-director Joey Reyes first heard the expression “walwal” from his students at La Salle. It meant “walang pakialam” – anything goes, be it sex or alcohol or whatever. Joey’s long ago wanted to do something like “Pare Ko,” circa the ‘90s, about young people facing the adult world. So why not “Walwal,” which Regal produced.

Joey’s at his best when tackling youth-oriented and family-oriented films. Intimate cinema so-called.

Elmo’s parents: the late Francis Magalona and Pia Arroyo. Paternal grandparents were the most loved loveteam (on and offcam) of Philippine cinema, Tita Duran and Pancho Magalona.

When all is said and done, talent and professionalism, more than blood, really count.

So there, all in the family.