A witness, who requested anonymity, told police that she was inside her home at 10:45 p.m. when she heard the two suspects shouting “Angel buksan mo ang pinto!”

The victim did not yield which prompted the suspects to kick the door and barge into the victim’s house. Moments later, the witness heard the suspect shouting “Pare positive si Angel dito!”.

Afterwards, the witness heard a gunshot.

Police recovered from the scene a spent shell of a .9mm pistol, drug paraphernalia, and an unsealed sachet of suspected shabu.

No one in the area could identify the suspects, police said. 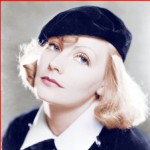