CORDOVA, Cebu – A 33-year-old man lost an arm after the improvised explosive device he was allegedly making exploded inside his rented house in Sitio Datag, Barangay Buagsong, here, Friday.

The victim was identified as Alejandro Pil. Investigation showed that Pil was making an IED inside his house when it accidentally exploded at around 5 p.m.

The victim was taken to the Vicente Sotto Memorial Medical Center in Cebu City. Police are now determining if Pil is a member of a terrorist group.

“We can’t say if it will be used for terrorism or not as we have yet to ask the victim how he plans to use the IED. Maybe he’ll use it for fishing,” Sinas said. (Lesley Caminade-Vestil) 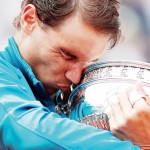