LA MALBAIE, Quebec (Reuters) – US President Donald Trump on Saturday threw the G7’s efforts to show a united front into disarray after he became angry with Canadian Prime Minister Justin Trudeau, and said he might double down on import tariffs by hitting the sensitive auto industry.

Trump’s bombshell announcement that he was backing out of the Group of Seven communique, made after he left the summit in Canada early, torpedoed what appeared to be a fragile consensus on the trade dispute between Washington and its top allies.

“PM Justin Trudeau of Canada acted so meek and mild during our @G7 meetings only to give a news conference after I left saying that, ‘US Tariffs were kind of insulting’ and he ‘will not be pushed around.’ Very dishonest & weak. Our Tariffs are in response to his of 270% on dairy!” the US President tweeted.

In his press conference, Trudeau had spoken of retaliatory measures that Canada would take next month in response to Trump’s decision to slap tariffs on steel and aluminum imports from Canada, Mexico, and the European Union.

“Canadians, we’re polite, we’re reasonable but we also will not be pushed around,” Trudeau, the host of the two-day summit in La Malbaie, Quebec, told reporters.

Reacting to Trump’s tweets, Trudeau’s office said: “We are focused on everything we accomplished here at the summit. The Prime Minister said nothing he hasn’t said before – both in public, and in private conversations with the President.”

Trump’s salvo capped a dizzying two days of controversies that began with his suggestion Russia be readmitted to the G7, then what a French official described as a “rant” full of “recriminations” against US trading partners, followed by Trump’s denial of any contention with leaders at the summit and his description of their relationship as a “10.”

By ordering his representatives to back out of the communique, Trump appeared to be asserting his oft-stated aim of upsetting the status quo whether by pulling out of the global climate accord or the international nuclear deal with Iran or threats to scrap the North American Free Trade Agreement. 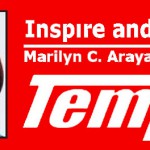