By ARGYLL B. GEDUCOS • FRANCIS T. WAKEFIELD • MARTIN A. SADONGDONG

Presidential spokesperson Harry Roque said it was impossible that Duterte had ordered the Armed Forces to stop patrolling the area. “That’s impossible,” Roque said in a text message.

“I do not know where Congressman Alejano got that supposed instruction from the Commander-in-Chief,” AFP spokesman Col. Edgard Arevalo said.

“Malamang kuryenteng balita ‘yan, if not yet another malicious imputation on the President dragging the AFP in,” he added.

Arevalo said there was no such order coming from the President. He also assured that the AFP will not be remiss in their mandate to protect Philippine sovereignty.

“As a matter of fact, our maritime and aerial patrols continue – contrary to such information allegedly received by the partly-list congressman,” he said. “Let me assure our people that your AFP continues and will continue to perform its mandate.”

Alejano’s claim also came a few days after a video showed that Chinese Coast Guard has seized the fish catch of Filipino fishermen at the disputed Scarborough or Panatag Shoal.

Roque said he did not see any sign of bullying in the video but said that if proven, it would be a ground for a protest against China.

A fisherman in the video said the Chinese would go through their catch and pick out the best ones.

Alejano said the order which he received months ago prompted the Armed Forces to patrol the area once a week. The Armed Forces, he added, was not in favor of the order issued amid alleged continuing Chinese militarization in the area.

Alejano added that Duterte halted the patrols because these will only be rendered useless against more powerful claimants.

The party-list congressman said he had no physical evidence to support his claim because this came from a military source but he added that he trusts his informant. 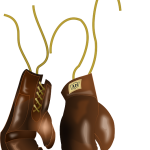 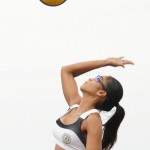