The Court of Appeals (CA) has ordered the reinstatement of two ranking Philippine National Police (PNP) officials who were dismissed by the Office of the Ombudsman for alleged involvement in the P100-million courier service contract for the delivery of firearms licenses.

Favia and Calixto were ordered dismissed by the Office of the Ombudsman on June 25, 2015 for alleged grave abuse of authority, grave misconduct and serious dishonesty in connection with the courier service contract with Werfast Documentation Agency, Inc. (Werfast).

Aside from dismissal from the service, the Ombudsman also ordered the forfeiture of their retirement benefits and barred them from reemployment in the government.

Earlier, the CA had affirmed the dismissal of Purisima while clearing and ordering the reinstatement of Petrasanta, Bautista, Zapata, Acierto and Parreño.

Purisima and the other police officials were charged before the Office of the Ombudsman for entering into a contract with Werfast in 2011 for the delivery of firearms licenses even without accreditation.

Ombudsman investigation unearthed that Werfast was incorporated only after the execution of the agreement with the PNP and had a capitalization of only P65,000 for a contract involving R100 million. 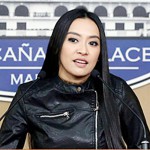