BORACAY ISLAND, Aklan – The Department of Environment and Natural Resources have discovered some 33 pipes illegally discharging wastewater into the beach here.

The pipes were found in at least three sites through the ground penetrating radar used by the agency, Environment and Natural Resources Secretary Roy Cimatu said, following the first meeting of the interagency task force on Boracay rehabilitation here last Friday.

The illegal pipes are causing the erratic water quality in White Beach, Cimatu, who heads the interagency task force, said.

He warned that “full maximum penalty will be imposed” against the erring establishments behind these illegal pipes.

Cimatu said an investigation is ongoing to identify the owners of the pipes.

Liza Socorro Manzano, supervising science research specialist of the DENR Mines and Geosciences Bureau, said the pipes were all found on White Beach.

Manzano said they will continue to locate and check the presence of buried pipes using the GPR.

Cimatu said identifying and removing all these pipes would hasten the island’s cleanup.

The Environment and Natural Resources chief said that as long as the water quality of Boracay remains “dirty,” he will not recommend its reopening.

He, however, noted that the interagency is on track in its rehabilitation of the island. 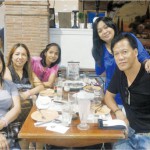 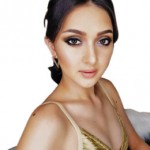