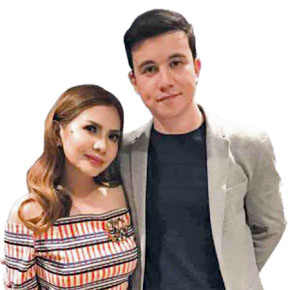 HARD WORK PLUS – After working for years in giant companies – appliance, beauty, retail – and proving her worth, Rhea Anicoche-Tan felt she was ready to be on her own. So in 2009, Rhea established Beautéderm. It meant hard work, but then Rhea’s used to it. While in college at St. Louis University in Baguio, she worked as a radio announcer and engaged in small sidelines here and there.

Based in Angeles City, Pampanga, Rhea started small which was fine with her as she’s near her family and can manage her work schedule.

It’s now 2018 and Beautéderm has progressed by leaps and bounds, with more than 60 beauty and skin products which passed strict government standards. Before the year is over, Beautéderm will have 30 outlets nationwide, not counting the ones in Singapore (Lucky Plaza) and Hong Kong (Bonham Road). In no time, Beautéderm will conquer Metro Manila.

Still, Rhea hastens to add Beautéderm isn’t a giant and can’t compete with Manila-based firms with similar products and services. Well, maybe not yet…but in time with Rhea Anicoche-Tan’s business acumen and capacity for hard work Beautéderm will be up there.

BRAND AMBASSADORS – Beautéderm’s brand ambassadors include Sylvia Sanchez and son Arjo Atayde. Rhea’s always admired Sylvia, who endorses Beautéderm products. But before doing so, Rhea asked Sylvia to try them. And only when Sylvia gave her stamp of approval did Rhea sign her up. Arjo endorses perfumes for men.

Another new brand ambassador is Glydel Mercado, who’s been using Beautéderm products even before she met Rhea.

Like Sylvia, all other endorsers tried Beautéderm products before endorsing them. Rhea wants it that way so that they will be credible endorsers.

WHO’S NEXT? – That is who’s the next Beautéderm brand ambassador? Rhea and Shyr would rather keep the identity secret for the meantime. But the name is big, a major star. As of this writing, the major star is testing the products to be endorsed, making suggestions every now and then.

But more than fame and fortune, Rhea Anicoche-Tan gets the most fulfillment and satisfaction that Beautéderm is giving many women (and men, as well) livelihood. That lives are transformed for the better.