A municipal mayor in Quezon province was suspended by the Office of the Ombudsman for alleged misconduct, abuse of authority and nepotism after hiring his sister as municipal administrator.

In a recent press conference in Quezon City, ex-Lucban Mayor Moises Villasenor filed the complaint claiming that Dator refused to vacate his post despite the court resolution. 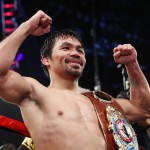