SEOUL/WASHINGTON (Reuters) – North Korea has scheduled the dismantlement of its nuclear bomb test site for sometime between May 23 and 25 in order to uphold its pledge to discontinue nuclear tests, the country’s state media reported on Saturday a month ahead of a historic summit.

The official Korean Central News Agency said dismantlement of the Punggye-ri nuclear test ground would involve collapsing all of its tunnels with explosions, blocking its entrances, and removing all observation facilities, research buildings, and security posts.

“The Nuclear Weapon Institute and other concerned institutions are taking technical measures for dismantling the northern nuclear test ground…in order to ensure transparency of discontinuance of the nuclear test,” KCNA said.

Trump’s Secretary of State Mike Pompeo said on Friday that North Korea can look forward to “a future brimming with peace and prosperity” if it agrees to quickly give up its nuclear weapons. 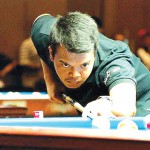 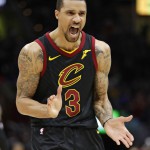