Lawyer Larry Gadon, author of the impeachment complaint against Chief Justice Maria Lourdes P.A. Sereno, yesterday described the ouster decision made by her peers as a “vindication of Chief Justice Renato C. Corona” whom Sereno replaced as head of the Judiciary.

Also reacting to scheduled plenary voting on his complaint, Gadon said there is no longer a need for the House of Representatives to take a vote on the issue, pointing out that the case has been rendered “moot and academic.”

“Since the SC has already spoken that Sereno should be unseated, there is no need anymore for the House to vote on my complaint,” said Gadon.

Gadon lamented that Corona is no longer around to personally savor the “feeling of being vindicated” after suffering undeserved humiliation resulting from his ouster as Chief Justice following a highly partisan impeachment proceeding in the Senate. 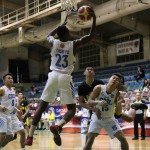