The Philippine National Police has deployed elite Special Action Force commandos to secure the barangay and Sangguniang Kabataan elections on May 14.

PNP chief Director General Oscar Albayalde said a company of SAF commandos was deployed in areas where extreme election-related violence has occurred, including Abra and Masbate.

Albayalde said that more SAF troopers will be fielded to various areas considered as hotspots before the synchronized elections a week from today. These may include Bulacan, Nueva Ecija, and remote areas in Mindanao, including Basilan, Tawi-Tawi, and Maguindanao.

The PNP has said that 5,744 areas have been tagged as election hotspots, areas where political rivalry, local terror groups, private armed groups, and other threats are usually present.

Twenty persons have been killed in 26 election-related violence across the country from April 14, the start of the election period, to May 1. Twelve of them were barangay chairmen and kagawads (councilors), two aspiring barangay chairmen, and six civilians.

Chief Supt. John Bulalacao, PNP spokesperson, said yesterday that they are already prepared for the elections.

“All systems go,” Bulalacao said. “We have a template on how to handle these kinds of situations, templates which are already tried and tested.”

About 80 percent of the 195,000-strong PNP will be fielded all over the country to secure the elections, Bulalacao said.

Bulalacao assured that PNP personnel who will replace teachers as Board of Election Inspectors in conflict-afflicted areas will easily adapt to the duty as they are all well-trained. (Martin A. Sadongdong) 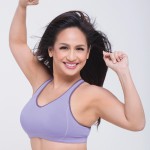