A 50-year-old mother, who was previously arrested for alleged involvement in illegal drug trade, was shot dead by unidentified men while doing laundry with her son in front of their house in Quezon City early yesterday morning, just a month after she was released from jail.

According to Crisostomo’s son Renuel Miranda, he and his mother were washing their clothes outside their house at Freedom Park Extension past 2 a.m. when he saw a white Mitsubishi L300 van without a plate number pass by.

When the vehicle reached the end of the road, it maneuvered and stopped in front of them.

An armed man on the passenger seat suddenly opened the vehicle’s door and repeatedly shot Crisostomo.

As she slumped on the ground, another gunman on the backseat opened the car’s window and shot her again.

The suspects immediately escaped while Miranda rushed his mother to East Avenue Medical Center where she was declared dead on arrival due to multiple gunshot wounds.

According to SPO1 Jose Tasarra Jr. of QCPD-Batasan Police Station (PS-6), Crisostomo was included in the drug watchlist and had been the subject of police’s “Oplan Tokhang.”

Tasarra said that the victim was arrested this year due to drug-related case and was released last month.

However, Crisostomo reportedly continued to use and sell illegal drugs in her area, police learned.

Police investigation is ongoing to identify and arrest the gunmen. 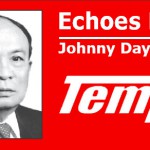